Luv ’round the World

From Toronto to Tokyo, and Brazil to Boston, people all over the world celebrate their love on Valentines Day. 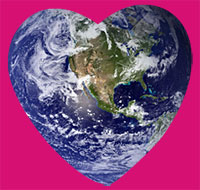 In America, celebrating the mid February day of love means sharing sentimental cards with loved ones and preparing homemade cards with children to exchange at school.

Valentines Day celebrations in North America date back to the 1800s, when the first mass-produced valentine card was sold. While Americans still exchange valentines today, flowers and chocolate are now the gifts of choice.

Americans are not the only ones sharing the love, though. February 14th is a romantic day in many other countries as well. For some, like England, Valentines Day has been celebrated for hundreds of years. While in other countries, love day is a recent phenomenon. Even the dates can differ – some declare their love in February, while others share their hearts in late summer.

But regardless of why, how or even when love is celebrated, the spirit of Valentines Day is alive and well around the world.

The English are likely the first people to have celebrated Valentines Day, with traditional festivities dating back to the 1400s. In fact, historians believe that it was a British settler who brought Valentines Day to America in the early 19th century.

Today in England, children sign traditional songs and receive gifts of candy, fruit or money from their parents and teachers. In rural areas, valentine buns are baked with plums, raisins or caraway seeds.

In Scotland, singletons enjoy a Valentines Day festival, where the women draw men’s names from a hat to be their date for the day.

Even though Valentines Day is not an indigenous holiday, people throughout Asia are increasingly interested in celebrating it – thanks in large part to the media.

Even with conservative forces cracking down, the drive for love prevails. In China, flowers may be confiscated, but lovers still buy bouquets by the armful; in India, gift buyers have to brave crowds of angry protestors.

In other Asian countries, however, Valentines Day is embraced whole-heartedly. In Japan and Korea, for example, women are the traditional gift bearers on February 14th. Men are expected to return the generosity a month later on White Day, when they gift their loved ones with white chocolate.

Even singletons get their special day in Korea, when on April 14th Black Day is celebrated as friends gather together to eat the black-colored Jajang noodles.

In Thailand, February 14 is a popular date for weddings, while July 7 marks an ancient Chinese day of love. The traditional gift on both days is roses.

In Colombia, Valentines Day is celebrated in September, while the Brazilian version, known as “Dia dos Namorados” or the Day of the Enamored, is on June 12. In addition to couples exchanging gifts, single women often perform rituals to aid them in finding a husband.