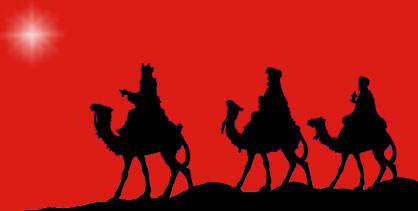 Everyone knows that Christmas is celebrated on December 25th, but 12 days later, on January 6th, many Christians around the world enjoy a second Christmas celebration. Known by many names, including the Epiphany, Three Kings’ Day, Little Christmas or the 12th Day of Christmas, January 6th was first celebrated as a feast day in the 4th century to commemorate Jesus’ introduction in human form. Religious scholars explain that for many devout Christians, Christmas is a season rather than a day — with festivities beginning with the Advent and concluding with the Epiphany.

Among Orthodox or Eastern Christians, January 6th is known as the Epiphany, the day in which Jesus was baptized in the River Jordan. In Western Christianity, the day commemorates the visit by the Magi, or the Three Wisemen, to the baby Jesus. To learn more about how January 6th is celebrated around the world, read on.

In Spain, the Netherlands, Belgium, Germany and much of Latin America, January 6th is celebrated as Three King’s Day, commemorating the visit by Melchor, Gaspar and Balthazar of the baby Jesus. In Northern Europe and Germany, Drie koningen features children caroling from door to door, dressed up as the Three Kings.

In Spain and Latin America, the day is known as El Dìa de los Reyes. Children leave out their shoes the night before, much like stockings are left out on Christmas Eve. Shoes are stuffed with straw or hay for the Kings’ camels; in its place, the Kings leave little ones small gifts and sweets.

Also traditional is preparing Rosca bread with a little trinket — sometimes a baby Jesus — baked inside. Whoever finds the prize is believed to be blessed with a fortunate year.

In Italy, January 6th honors the legend of La Befana, who was asked to join the Three Kings on their journey. She declined, but always regretted her decision. Much like Santa Klaus, La Befana is believed to visit children on the eve of January 6th, bringing sweets and gifts to the well-behaved children — and a lump of coal for the naughty ones. Portrayed in popular mythology as an old woman riding a broomstick, La Befana enters a home just like Santa Kluas: through the chimney!

Before the widespread use of the Gregorian calendar, Christmas was actually celebrated on January 6th. Many countries, including Ireland, honor this original date by celebrating Little Christmas, known in Irish as Nollaig Bheag, on the 6th. The Irish also refer to the day as Women’s Christmas, a time when men traditionally take over the household duties, giving their wives a ‘day off’.

The Twelve Days of Christmas are considered by many to be the days leading up to December 25th. Some religious historians, however, believe these days actually represent the time between December 25th and January 6th. The conclusion of those days is celebrated with a feast on the Eve of the Twelfth Night, as popularized in the Shakespeare play. In the U.K., the yule log is burned for all twelve nights following Christmas Eve, and then, on the 6th, the Christmas tree and other decorations are taken down. In fact, it is considered bad luck to leave up the tree past the Twelfth Day.

THE EPIPHANY. THE PREDIMENT OF JESUS. OIL ON CANVAS. SPAIN. XVIII