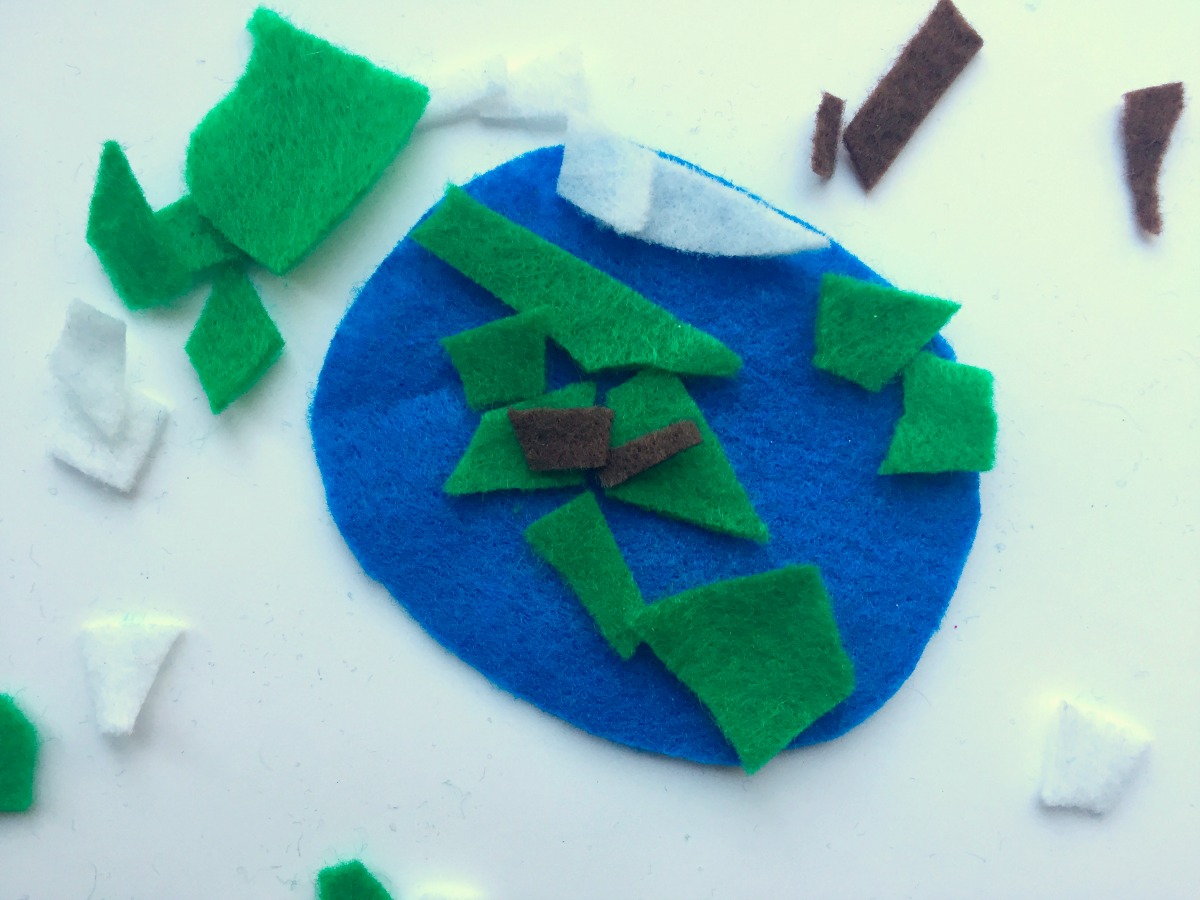 Earth Day crafts for kids don’t have to be complicated or focused on skills that only older children have. Your preschooler is ready to join in on the eco-friendly fun, and wants a craft to match her age and stage. Turn a few pieces of scrap felt into an Earth game that also doubles as a cute kids’ craft! How? Start by searching your art material bin for extra felt from other craft projects. This pulls in the reuse and recycle Earth Day theme.

When your child is done take the globe apart. Put the pieces in a bag and use them again later to build another Earth!