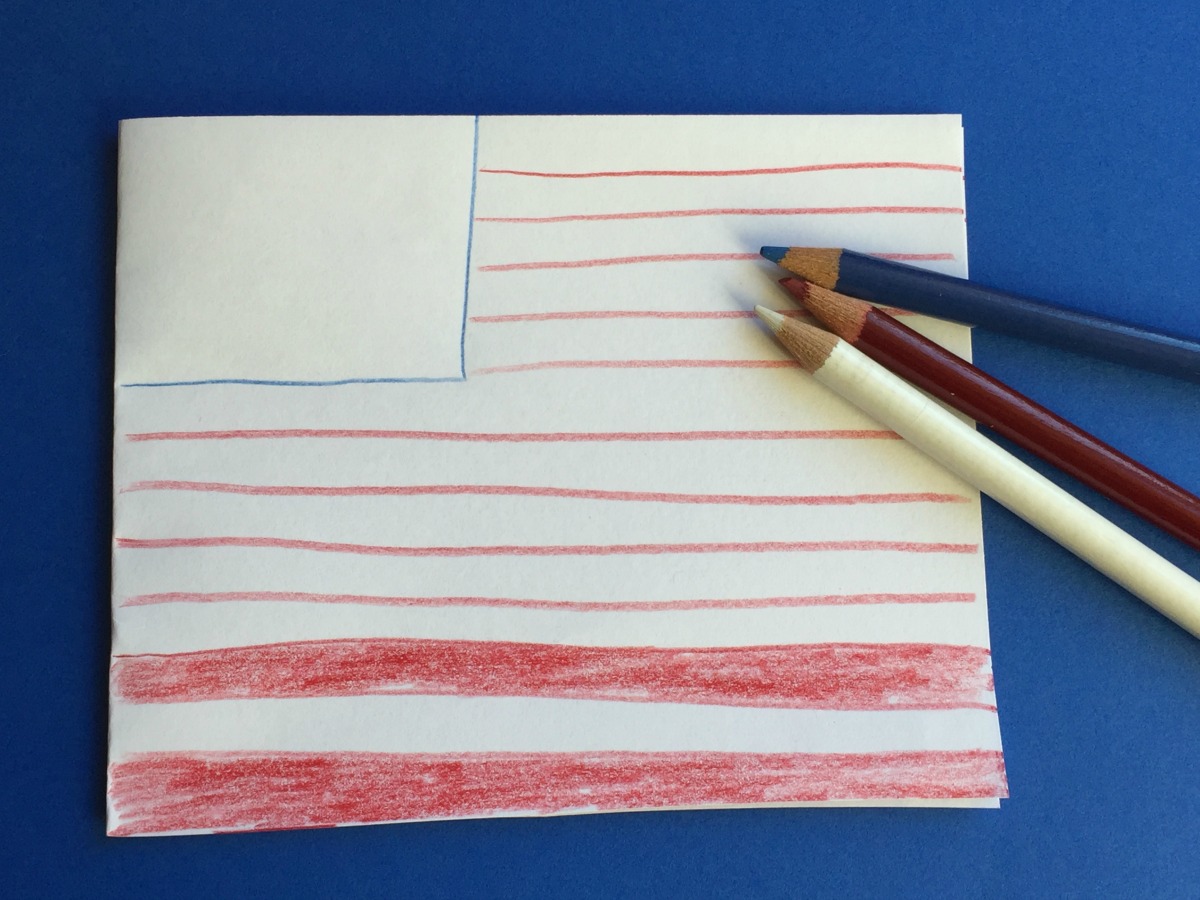 Election Day is November 8th! As if you didn’t know that already. Even though the political mud-slinging may be what’s all over the media, you can still help your child to learn about the American political process in a totally kid-friendly way. Instead of playing up one candidate or another on the big day, take some time to celebrate America with your family. These simple kids’ activities are patriotic ways for your little learners to mark Election Day!

Put those political signs down and trade them for a few flags. Whether you’re a Democrat, Republican or a member of any other political party, you can bring the family together under our flag! Cut pieces of 8×10-inch white card stock paper in half (positioning it vertically). Use each half to make one flag. Use blue and red colored pencils, crayons or markers to add colors, and star stickers too! Glue the left side of the flag to a craft stick as a holder.

Melted white chocolate is an easy way to make pretzels even better than they already are! Use the microwave (and a microwave-safe bowl) to melt the chocolate. Heat it in 30 second increments (stirring in between) until it is almost a liquid. Never touch the melted chocolate with your hands, it will be very hot. Dunk mini pretzels (or rods) into the chocolate, using a spoon to pull them out. Place the chocolate-covered pretzels on a piece of wax paper. Before they dry, add red and blue sprinkles (or star-shaped sprinkles). Put the patriotic pretzels in the fridge until they cool and harden.

This is a super-simple way to decorate for an Election Day party. Cut 6-inch strips of red, white and blue construction paper. Loop the first piece of paper together and tape at the ends. Thread another strip through, create a loop and tape it at the ends. Keep going until you have a garland that is as long as you want!