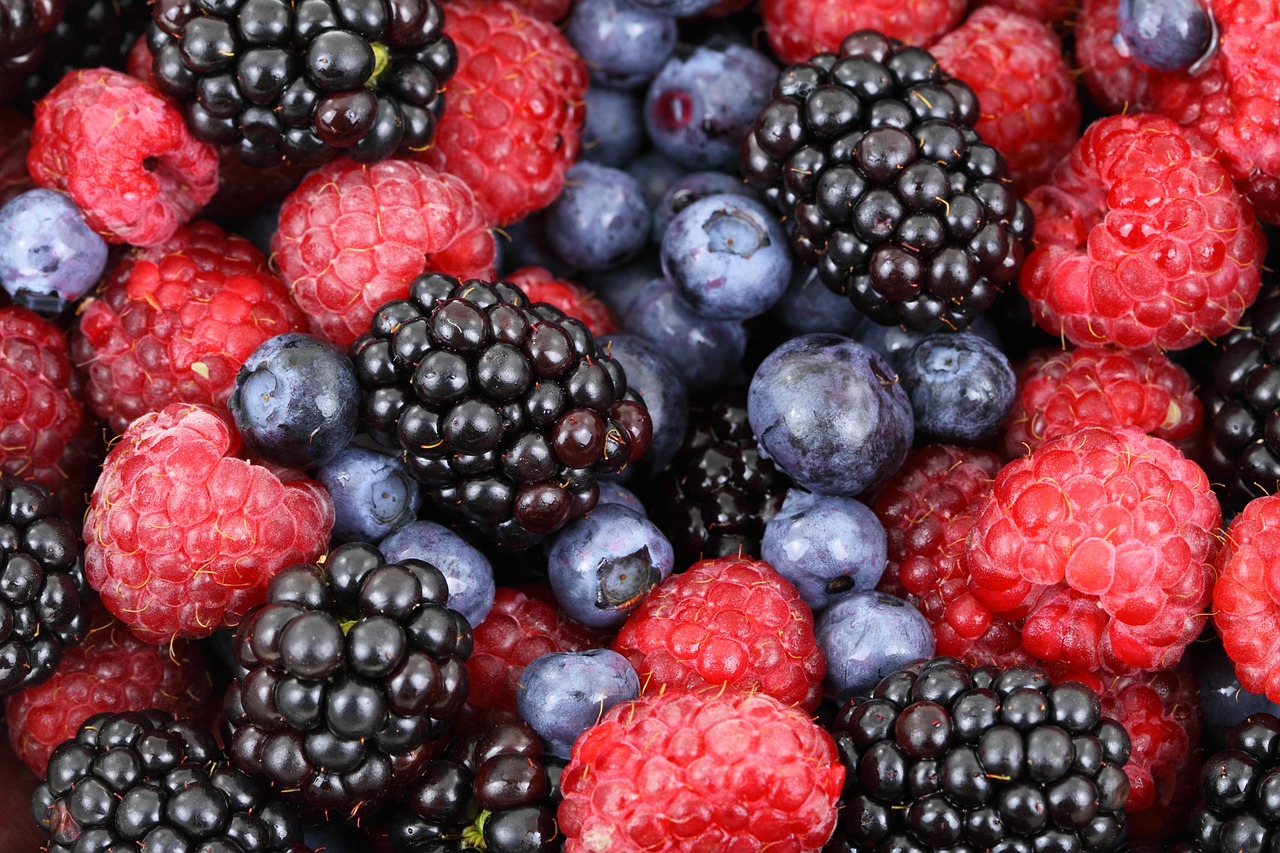 What better to make a red, white and blue treat than berries? Celebrating July 4th often means making patriotic themed dishes. Instead of loading up on fake food coloring, go natural and create a buffet of berry-infused beverages, tasty treats and other assorted Fourth of July snacks!

Ice isn’t exactly exciting. That said, you can dress up your drinks with berries. Drop a few blueberries and raspberries into your ice cube tray. Fill with water, and freeze. Put the frozen berry cubes into a water pitcher or add them to seltzer.

Make the standard recipe (using rice cereal, mixed with melted marshmallows and better) and add in berries. Spoon a layer of the ooey, gooey mix down in a baking pan, place sliced strawberries and then add another layer of the rice cereal mixture. Top with blueberries and pop the whole thing into the fridge until it’s solid.

Coat a toasted (or grilled) piece of pita bread with a thin layer of cream cheese. Instead of cheese and pepperoni, top the pie with strawberry slices, raspberries and blueberries.

It doesn’t get much easier than a fruit salad. Toss blueberries, raspberries and strawberries with a basic vinaigrette or toss in a few pinches of basil to spice up the salad.