The Story of Mothering Sunday in the UK 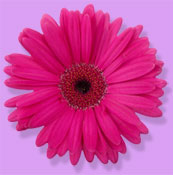 Mothering Sunday is celebrated in the United Kingdom on the fourth Sunday of the Lenten Season. Although it is often called Mothers’ Day, it is not the same holiday-nor does it share the same origins-as the American Mother’s Day.

In England, Mothering Sunday has a church-based origin. Most English churchgoers attend the nearest parish to their home, which is colloquially referred to as their “daughter church”. Historically, it was considered important for people to return to their “mother church”-either the church they grew up in or the main Cathedral in their area-at least once during the year. It became customary, therefore, that people would make this return visit on the forth Sunday of Lent.

As a result, mother-church day reunited families that had been separated when children that had left home to work as house servants were able to return for a visit. Centuries ago, it was commonplace for children, especially girls, as young as ten years old to leave home for work.

Thus the half-way point in Lent became not only a time for church-going but also for children to reconnect with their parents. Eventually, the two events became culturally linked and Mothering Sunday took on a less church-based expression.

Historically, children would give their mothers small gifts on Mothering Sunday-usually wild flowers they picked on the way to church. Today, much like in the American version of Mother’s Day, children give presents, flowers by post, and cards to their mums.