The Story of Passover

About 3000 years ago the Israelites were enslaved by the Egyptians under the rule of the Pharaoh Ramses II. According to the Book of Exodus – Moses, a simple Jewish shepherd, was instructed 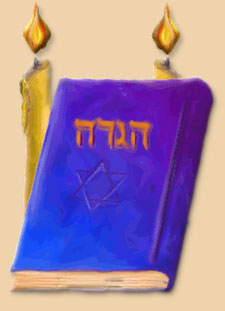 The holiday’s name –Pesach, meaning“passing over” or“protection” in Hebrew, is derived from the instructions given to Moses by G-d . In order to encourage the Pharaoh to free the Israelites, G-d intended to kill the first-born of both man and beast. To protect themselves, the Israelites were told to mark their dwellings with lamb’s blood so that G-d could identify and “pass over” their homes

The Pharaoh was unconvinced and refused to free the Jewish slaves

Until the last plague

When the Pharaoh finally agreed to freedom, the Israelites left their homes so quickly that there wasn’t even time to bake their breads. So they packed the raw dough to take with them on their journey. As they fled through the desert they would quickly bake the dough in the hot sun into hard crackers called matzohs. Today to commemorate this event, Jews eat matzoh in place of bread during Passover

Though the Jews were now free, their liberation was incomplete. The Pharaoh’s army chased them through the desert towards the Red Sea. When the Jews reached the sea they were trapped, since the sea blocked their escape

It was then that a miracle occurred. The waves of the Red Sea parted and the Israelites were able to cross to the other side. As soon as they all reached the other side the sea closed trapping the Pharaoh’s army as the waves closed upon them

Passover celebrates this history. The first 2 nights of the 8 day holiday are celebrated with lavish meals called Seders in which the stories and history of Passover are celebrated. Special foods, plates, silverware are all a part of the Seder
continue…