The Megillah (Book of Esther) 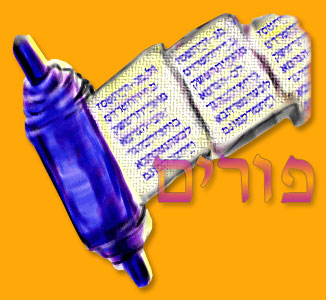 The story of Purim is recounted in The Megillah, the Scroll on which the Book of Esther is written. It tells the story of Queen Esther, King Ahasuerus, Esther’s uncle (or cousin) Mordechai, and the king’s chief advisor Haman.

Though Synagogues are mostly solemn places, the atmosphere changes as children dress up as their favorite Purim characters and rattle graggers (noisemakers) at every mention of Haman’s name. The Megillah is read twice on the holiday – once at night and once during the day.