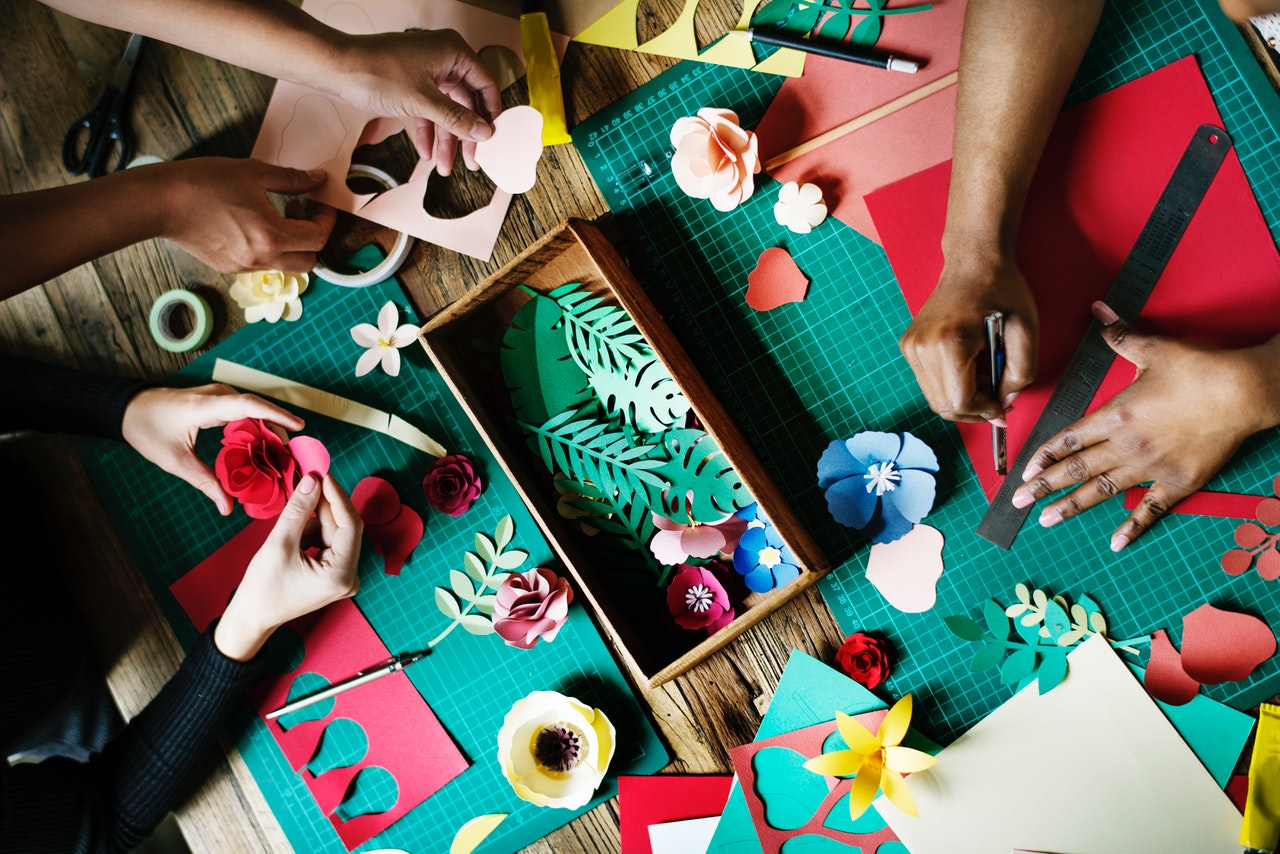 Combine a cute kids’ craft with DIY décor! These Easter table toppers will add a special something to your holiday meal and keep the kiddos busy in the hours leading up to it.

Reuse old cardboard paper towel rolls, turning them into bunny table toppers. Cut each tube into three or four segments. Your child can paint the outside of the tube with temperas. Let the cardboard dry. As the paint is drying, cut out circle shapes from card stock paper. Add two small ovals to the top as ears. Your child can decorate the circle (the bunny’s face) with crayons, adding eyes, a mouth and a nose. Glue the face to the front of the painted tube and use the bunny craft as a napkin ring!

Let everyone know where you want them to sit with these homemade placecards. Cut 8×10-inch card stock paper in half. Fold the paper to make tent-like shapes. Your child can write each person’s name on the front and draw an Easter-themed picture on the back. Another option is to cut flower shapes from construction paper and collage them onto the card, making a spring-themed project.

Create an egg-shaped placecard using cardboard and crayons. Cut an oval out of cardboard and ask your child to color it with crayons. Write each person’s name on the front with a marker. Make a stand for each egg with a cardboard tab. Fold a thin strip of cardboard in half and tape the top end to the back of the egg. The other side will sit on the table, propping up the card.