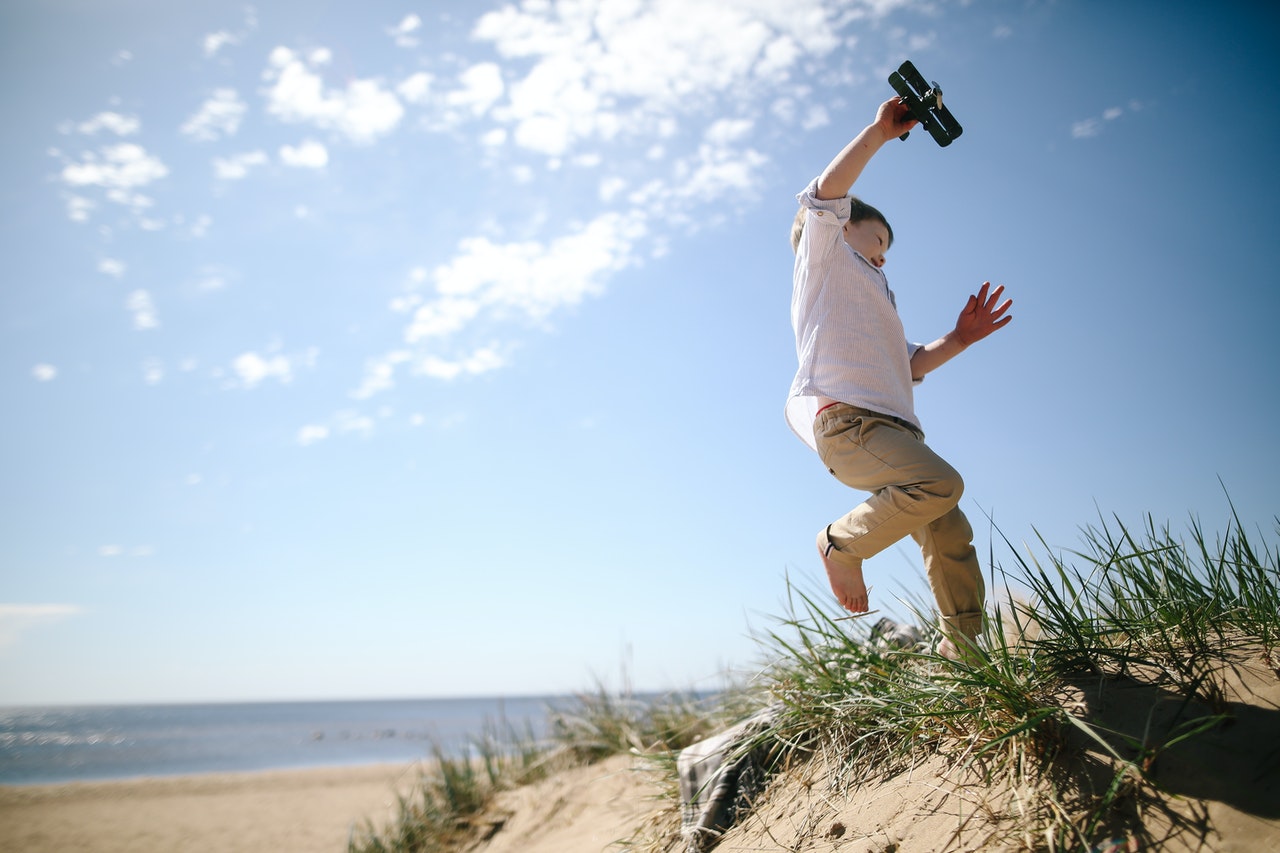 August 19th marks National Aviation Day. If you’re looking for a way to celebrate with your child, check out these air travel themed games, activities and other ideas.

Your kiddo can fly like a plane. Challenge your child to turn their arms into wings and fly through the air. Even though your child’s feet will stay firmly planted on the ground, they can run through the yard making airplane noises and moving like they’re in mid-flight.

Magically transform a plain cardboard box into an airplane! Open the top of the box and fold the side flaps down to create wings. Fold the front flap inwards and draw a control panel on it. Cut the back flap into an airplane tail shape. Your child can also add accents or decor on the outside with paint. After the crafting is complete, your child can get into the box and pretend play fly away.

Draw a traditional style hopscotch board with sidewalk chalk on your backyard patio or other similar space. Instead of numerals, help your child to draw airplanes in the squares—one airplanes, two airplanes, three airplanes and so on. Play the game as you normally would, flying a beanbag onto each airplane numbered spot!