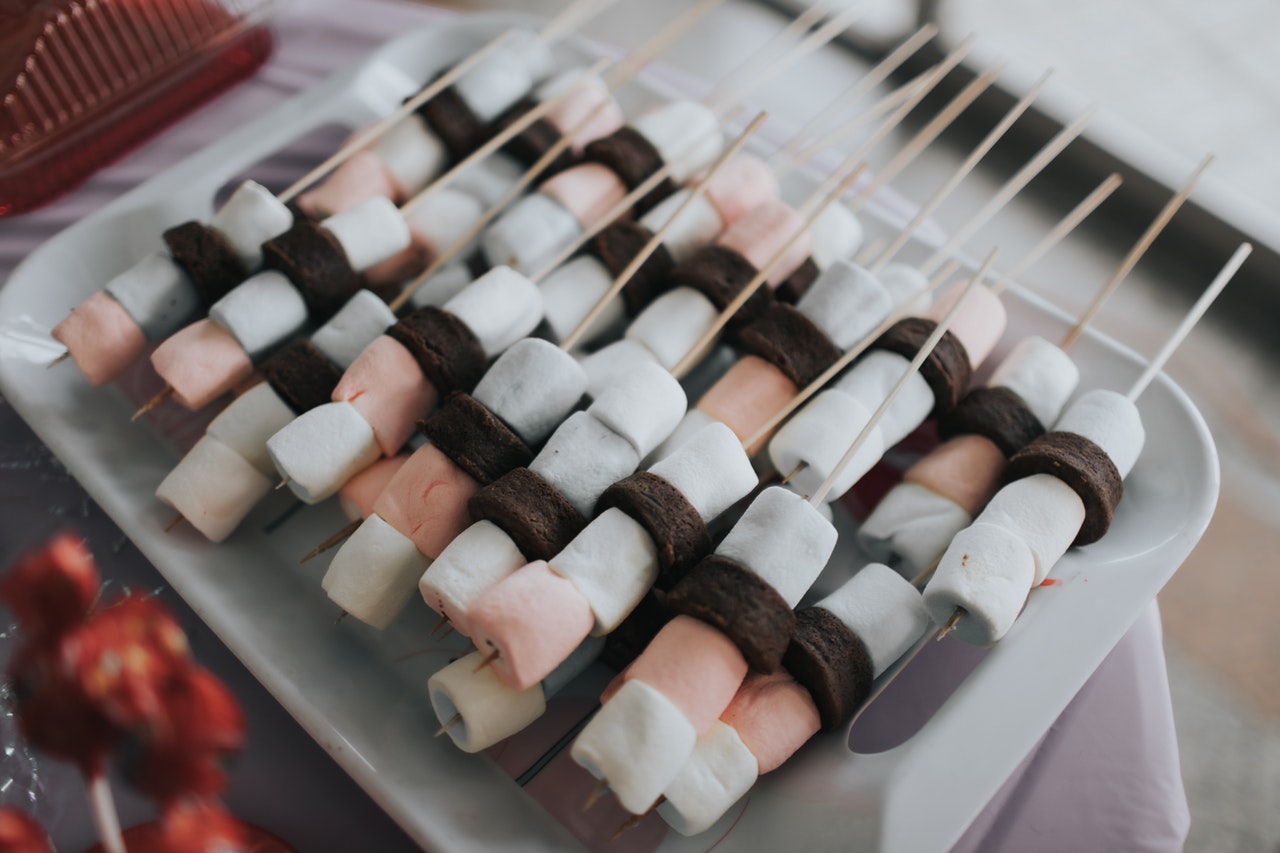 Nothing says summer like toasting marshmallows over an open campfire. But if you don’t have a way to roast the sweet little gems during your Fourth of July party, you can still include the sugary treats in your family’s backyard bash. Check out these easy to make, and patriotic marshmallow recipes for your Fourth fete!

Mix eight ounces of cream cheese, one package of completely thawed frozen whipped topping and one jar of marshmallow fluff until smooth. Spread the dip out across a deep square baking pan. Add blueberries, raspberries and mini marshmallows to create a red, white and blue look.

Pierce a marshmallow with a skewer. Dip the marshmallow into melted while chocolate. Before the chocolate hardens, add red and blue sprinkles to the top. Repeat to make a bouquet of patriotic pops.

Repeat the sugar rolling steps above, but with larger marshmallows. Stack the marshmallows on a kabob skewer, adding sliced strawberries or blueberries in between.