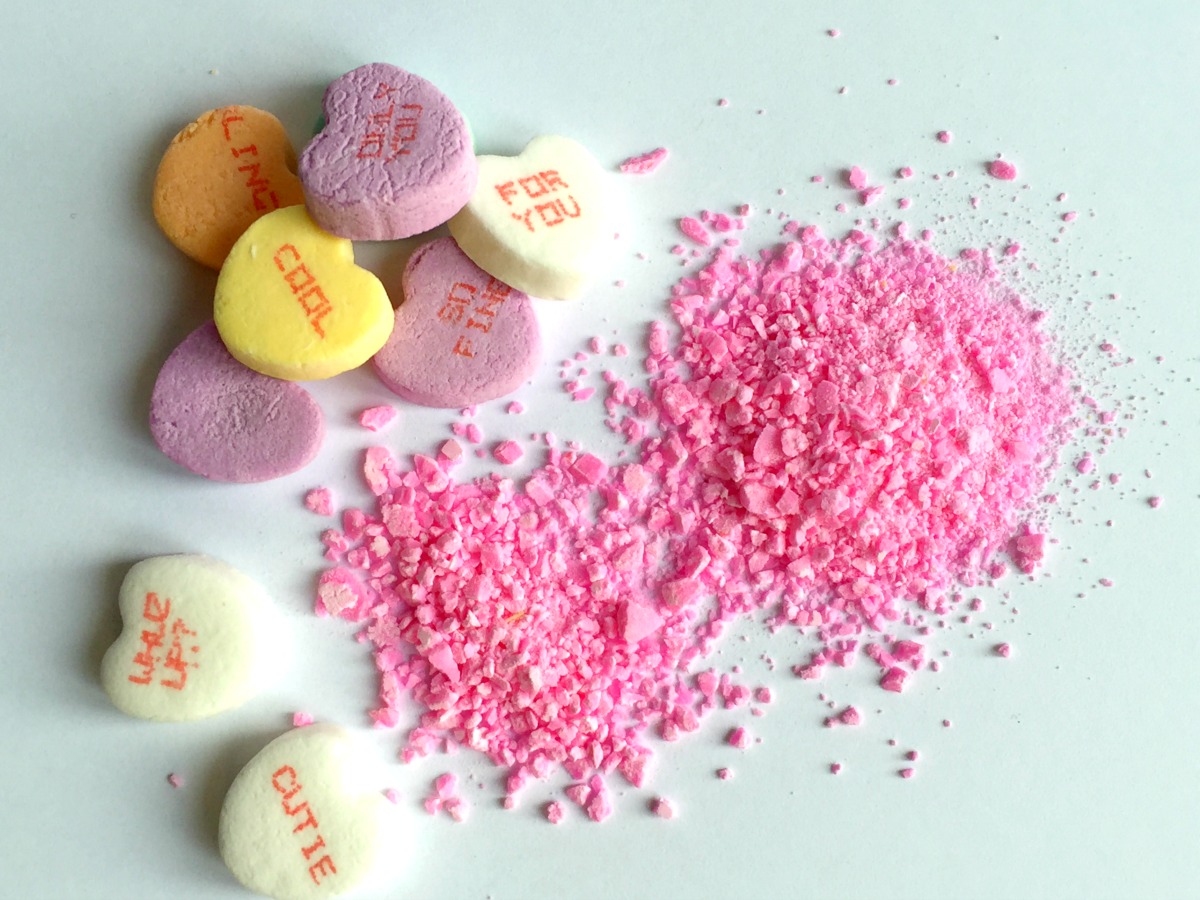 You already celebrate Valentine’s Day by handing out those cute little candy conversation hearts to your honey. Take the hearts a step farther and use them to dress up a few fun holiday recipes. Don’t worry if you’re not a world-class cook or the beat baker on the block. These Valentine’s Day recipes are easy enough for even your child to try out (or at least, help out with).

This “pie” is really a mini version, minus the full-on crust. Crumble graham crackers or grind them into a sand-like consistency in a food processor. Spoon a layer into a clear glass (use a short, wide glass). Spoon a layer of vanilla pudding on top. Add a layer of candy conversation hearts. Mix a drop of pink or red food coloring with some more vanilla pudding. Cover the hearts with a layer of this Valentine’s Day-colored pudding. Top the dessert with a second layer of hearts!

Make the traditional graham, marshmallow and chocolate sandwich, but dress it up for the holiday. Instead of toasting the marshmallows (chances are you’re not going camping in February), melt them in the microwave. Before microwaving them, drip a drop or two of food coloring on top. Put them into a microwave-safe bowl and heat them for about 10 seconds (the exact time depends on your microwave). Stir the melted marshmallows with a spoon to mix in the food coloring. Spoon the marshmallow over white chocolate and sandwich in between two graham crackers. Add a layer of more melted marshmallows on top and cap it all off with a few candy hearts (or crush them and sprinkle them on top).

Bake a batch of cupcakes (use your favorite recipe or a boxed mix). After the cupcakes cool, slice the tops off. Use a heart-shaped cookie cutter in both the bottoms and tops to make two kinds of heart cakes. Frost the cakes and top with the candy hearts.