Easter is the commemoration of Jesus’ resurrection, universally celebrated by Christians around the 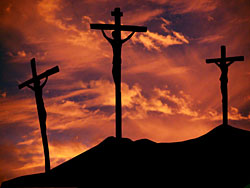 world. Although how and even when Easter is celebrated varies greatly.

Both Western Churches (Roman Catholic and Protestant) and Eastern Churches (Greek and Russian Orthodox) celebrate Easter on the first Sunday following the first full moon after the vernal equinox.

There are as many as five weeks between the two Easter celebrations. In the Western Church, Easter falls between late March and late April; in the Orthodox Church, it is between early April and early May.

In the 16th century, the Roman Church abandoned the Julian Calendar in favor of the Gregorian calendar. As a result, Catholic (and eventually Protestant) churches need to convert the originally Julian-based date of Easter into a Gregorian date.
Even still, it would stand to reason that the date would be the same for the two Churches, since both are based on the same Julian calendar-at least originally.

However, the two Churches also use a different system for calculating the date of the vernal equinox.

The Western Church decided to set a fixed date-March 21-for the vernal equinox and then define the full moon using ecclesiastical calculations.

The Orthodox Church, on the other hand, set the date for Easter based on the astronomical definitions of the full moon and the equinox, as they are observed along the meridian of Jerusalem.

While the Easter date debate is the most commonly cited difference between Eastern and Western Christianity, there are many other differences, as well. From the timing and content of the Easter Mass to traditional foods served at Easter, the two Churches bring their own unique take on celebrating Easter. For more on how Greek Orthodox and Russian Orthodox celebrate Easter, check out these articles: