Christianity and The Origins of Easter 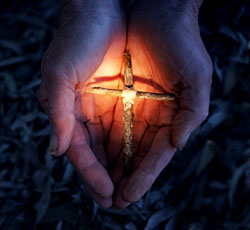 most important festival in the Christian calendar, Easter is celebrated on a Sunday between March 22 and April 25, depending how Lunar calendar corresponds to the Gregorian calendar in that particular year. Since the date of Easter changes each year, so too do the other Lenten festivals that fix their dates according to Easter, such as Ash Wednesday, Palm Sunday and Good Friday.

The story of Easter is one of persecution and rebirth, making it the central experience of the Christian belief system. On the Friday before Easter, Christians believe that Jesus was executed by crucifixion. His body is believed to have been removed from the cross and buried in a guarded cave, with a large boulder blocking the entrance.

Tradition continues that the following Sunday, Jesus’ gravesite was visited by faithful women-Jesus’ mother the Virgin Mary may have been among them-who discovered that the cave was empty. Later that day and for several days after, Jesus’ followers sighted him and came to believe that Jesus had been risen from the dead by God.

Jesus’ resurrection holds central importance in Christian liturgy, as the pinnacle expression of sin and redemption. Romans 4:25 explains that, “Jesus was put to death for our trespasses and raised for our justification.”

Jesus’ resurrection – his being “raised” – is understood as evidence that he, through his righteousness, can redeem not only himself in death, but also the entire Christian community in life. As Romans 5:18 says: “Just as the result of one trespass was condemnation for all men, so also the result of one act of righteousness was justification that brings life for all men.”

Furthermore, this watershed event has formed the Christian idea that humans must no longer live under the dominion of death or the power of sin. Again, Romans 6:9-11 teaches, “For we know that since Christ was raised from the dead, he cannot die again; death no longer has mastery over him�In the same way, count yourselves dead to sin but alive to God in Jesus Christ.”

Today, Easter is clearly a Christian holiday, with deep liturgical and traditional significance. However, scholars actually believe that the festival has its roots in a number of pre-Christian faiths, including Pagan and Jewish. For example, historians believe that the word Easter is derived from the Saxon name of the Pagan goddess of spring and fertility, Eastre. The lunar calendar month of April was dedicated to a celebration of Eastre, featuring rituals to mark the vernal equinox and welcome the fertility associated with springtime.

Many of these Pagan traditions have been incorporated into Christianity’s celebration of Easter today. The Easter bunny and Easter eggs, for instance, are both Pagan symbols of fertility. Even the story of Jesus’ resurrection is echoed in Pagan mythology. The Greek legend of Persephone, for example, tells of her return from the underworld. This myth was understood by ancient Greeks as a metaphor for the return of spring after the darkness of winter. The Phrygians similarly believed that their omnipotent deity hibernated during the winter solstice and was awoken in the spring by their musical festivals.

The traditions of Easter also have roots in the Jewish springtime holiday of Passover. The name Easter is reflected in the Hebrew word for Passover, or Pesach. In Europe, the word Pasch is synonymous with the name Easter.

Furthermore, Jesus’ disciples were the first Christians, many of whom are thought to have been historically Jewish. Scholars believe, in fact, that the first Easter celebrations were likely understood as a new form of commemorating the coming of the Messiah, a key component of Passover liturgy.